Dry Sterilizer is inspired by the Al-djawad mosque building in Tehran. It is one of the first mosques in the country in modern architecture style. Before the Iranian revolution, this mosque was the speech base of a very important character in the Islamic Revolution of 1979. Morteza Motahari was famously known as one of the first preachers and lecturers to present some of the conservative Islamic ideas with a western philosophical rhetoric and jargon. In a famous speech, which is used in this piece, he mainly talks about purification and cleansing of one’s soul. Al-djawad mosque is located in one of the most populated and polluted areas in Tehran. In 2016, the building was painted with a special air-purifying paint called KNOxOUT. This is the first building in the city to function as a purifier.The Islamic revolution in Iran began its way with the most anti-capitalist and anti-materialist slogans, while ironically, this purification itself goes through a commodification in the most materialistic way. 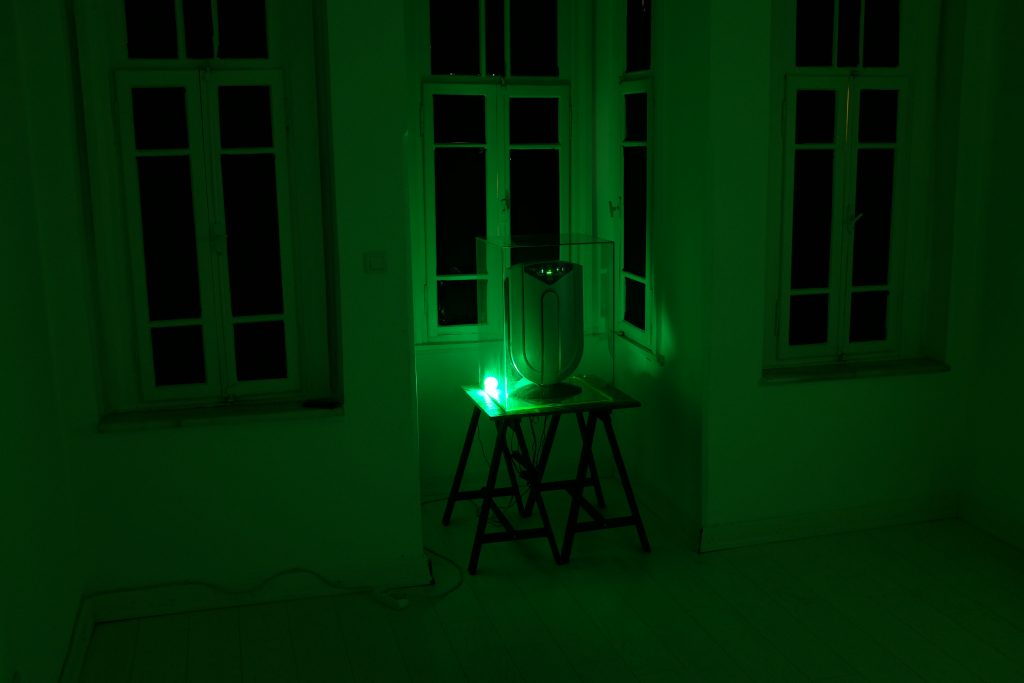 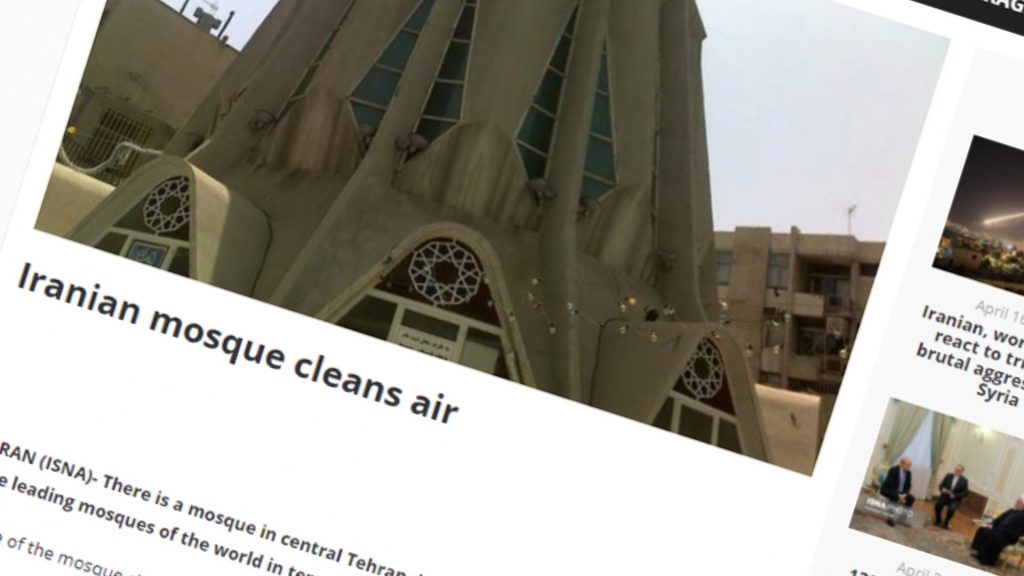 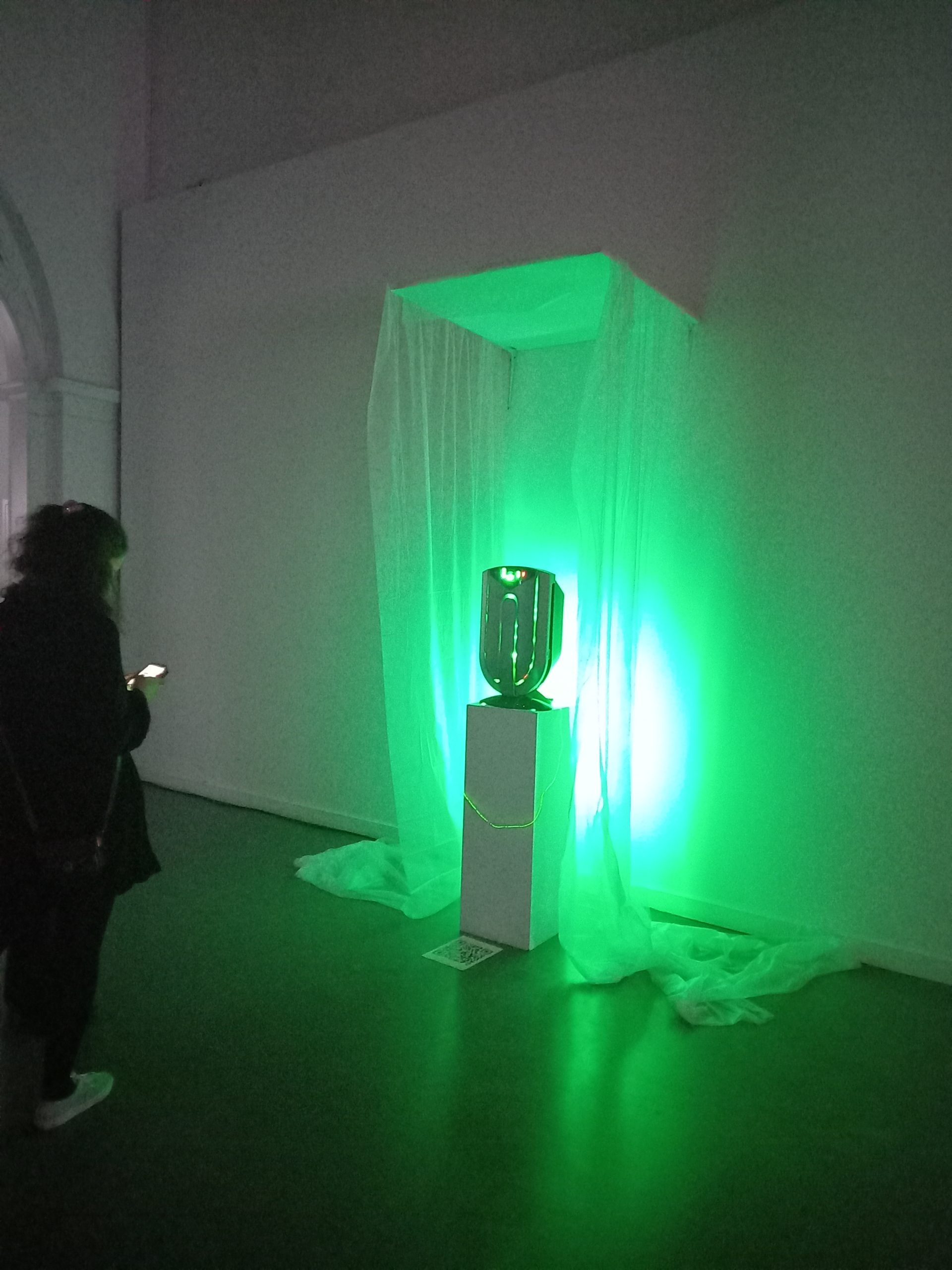