This is Documentation of a video performance and installation by Maryam Katan and Filipe Vilas-Boas as the final project of residency at Espace Croisé. The work was created as a reflection to the space of  Couvent des Clarisses, (Roubaix, France) and curatorial statement of exhibition  Mémoires des autres mondes curated by Antonin Jousse (3 June to 18 July 2021). 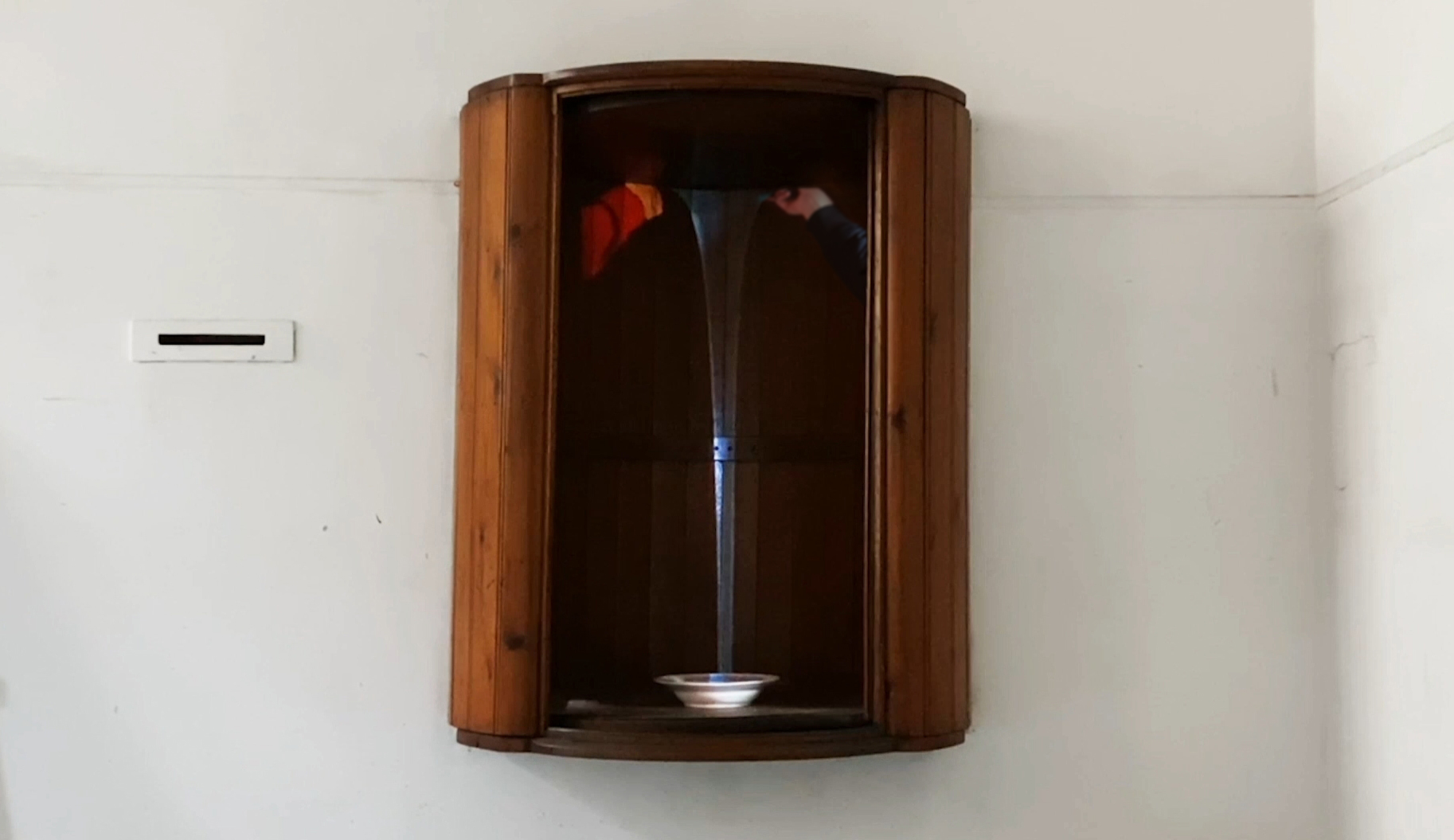 If inquisitiveness is deemed to be the ultimate causality of progress both in knowledge and spirituality, then what happens if that thirst is forever quenched? The thirst simultaneously acts as a catalyst for both pleasure and angst, provoking them and settling them. Therefore, if there is a chance the thirst is forever quenched, it may bring about despair. This can create a condition in which dilemma, curiosity, and oddity act as driving force which can lead to pleasure; an in-betweenness in a space where anticipation is a value. Anticipation of some knowledge from outside the confined space, be it an object which does not exist inside or a person who does not reside in the interior; thus, they are not part of the residents’ circle of concern, thus, out of the power structure of the said environment. The baby hatch of a confined space could work as a source of anticipation for the nuns residing locked inside a convent. Just like the baby hatch creating pleasure from anticipation, a window to the outside world for the sheer pleasure of knowledge exists now inside our lives in the form of a cyber window. It is always there to reach out to whenever it is needed for the pleasure pursuing anticipation in the lost hegemonic world of our immediate reality. 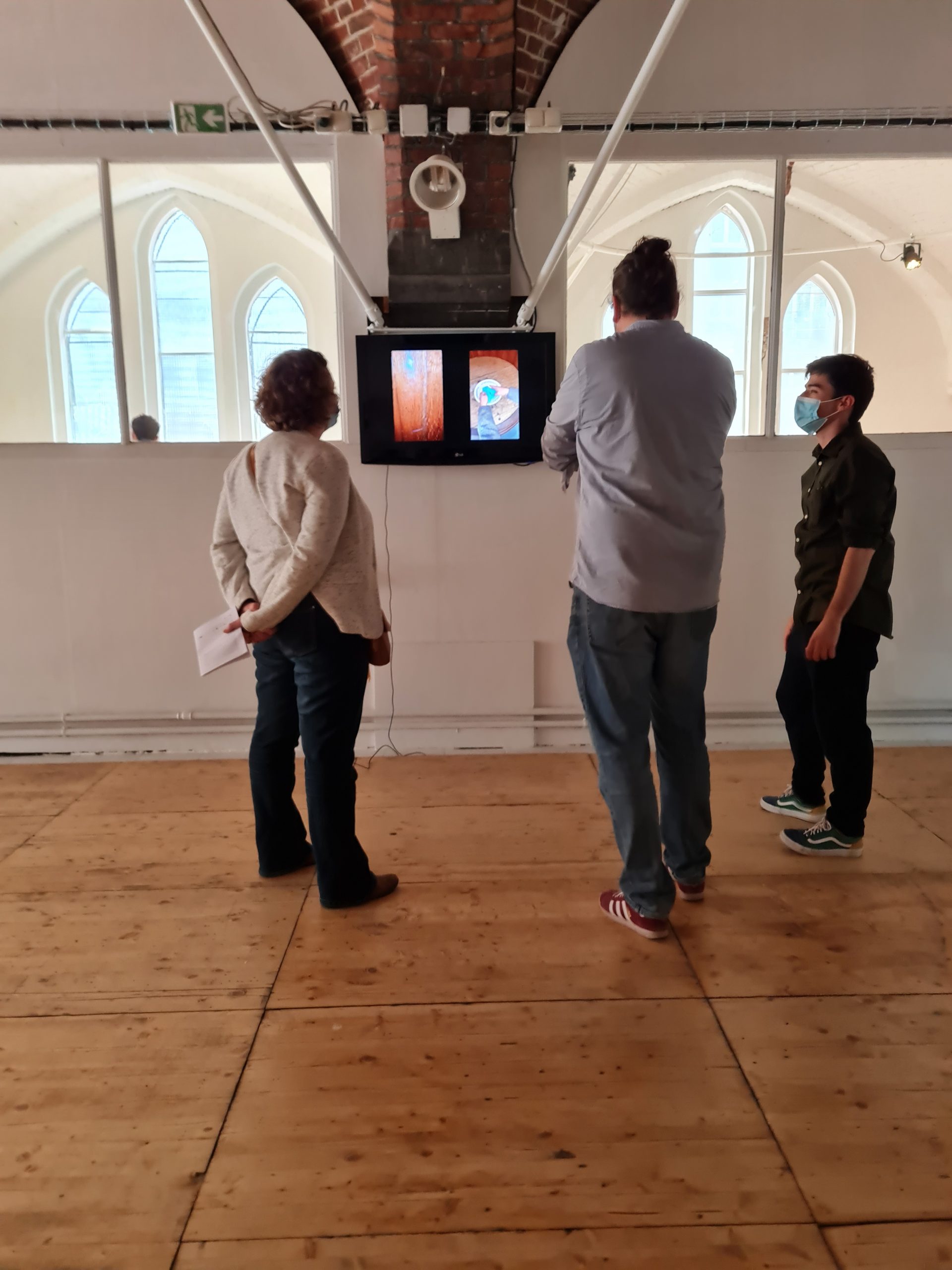 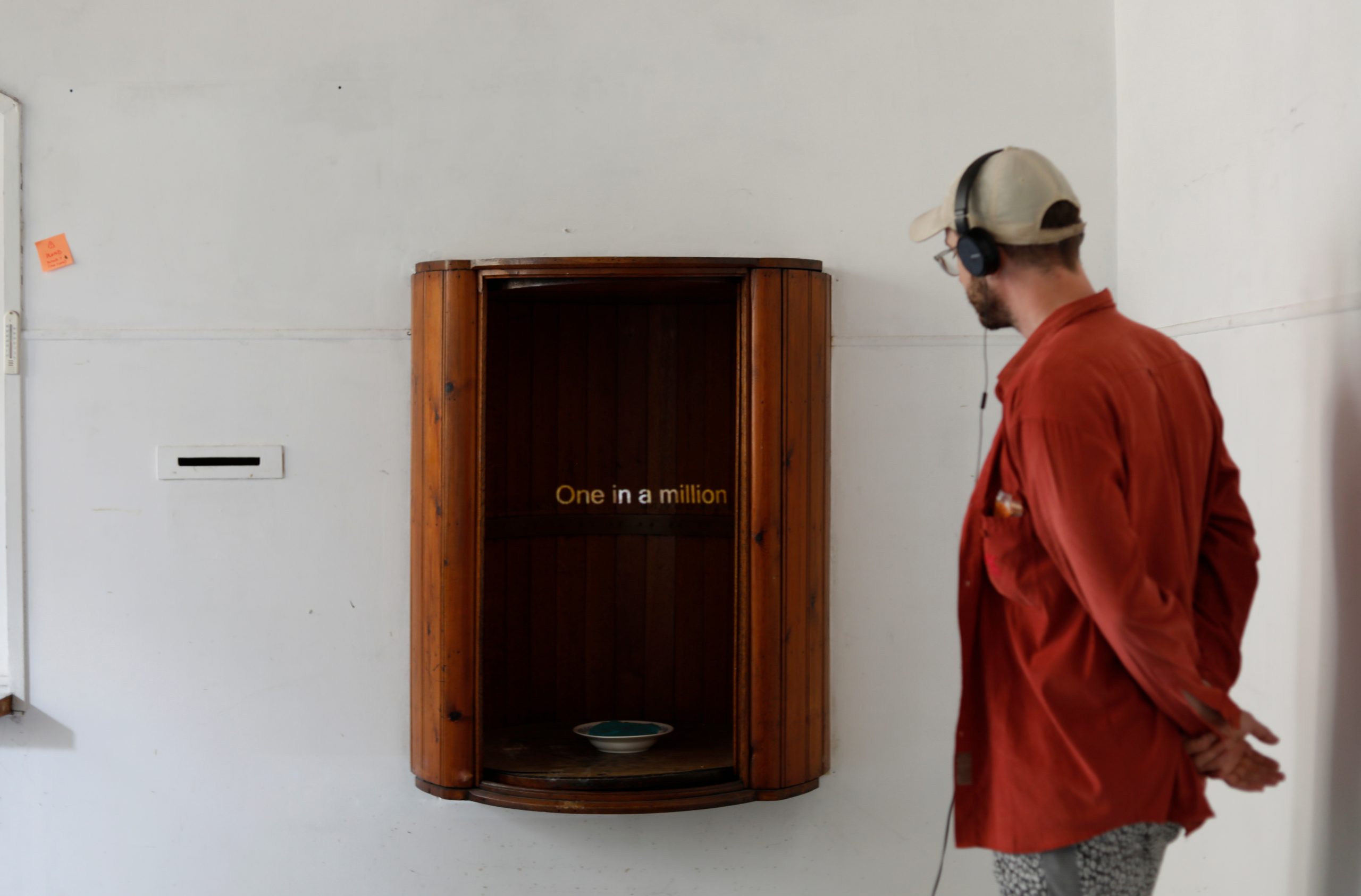 As a material to represent the objects appearing in the baby hatch, a slime has been chosen to be displayed in the hatch. There is a display of a POV video inside the hatch in which the slime is played with by two people across the two ends of the door in a rather act of fetishization. One person plays with the slime in the hatch and closes the door which opens the door for the other person who encounters the new shape of slime and plays with it and closes the door. This creates the constant anticipation for the person on the other side of the door for the new shapes of the slime; thus new entities, thus new objects, thus novelty. A slime has been created, commodified, and sold as an object which creates an unknown and ongoing pleasure which never ends. As opposed to an object like a kids’ play-do and bakery dough, a slime is never meant to take an end shape thus enters a realm of an unending reciprocity with the player or observer’s psyche which corresponds to the pleasure that the nuns could have taken from the objects in the baby hatch in the convent in their isolation. 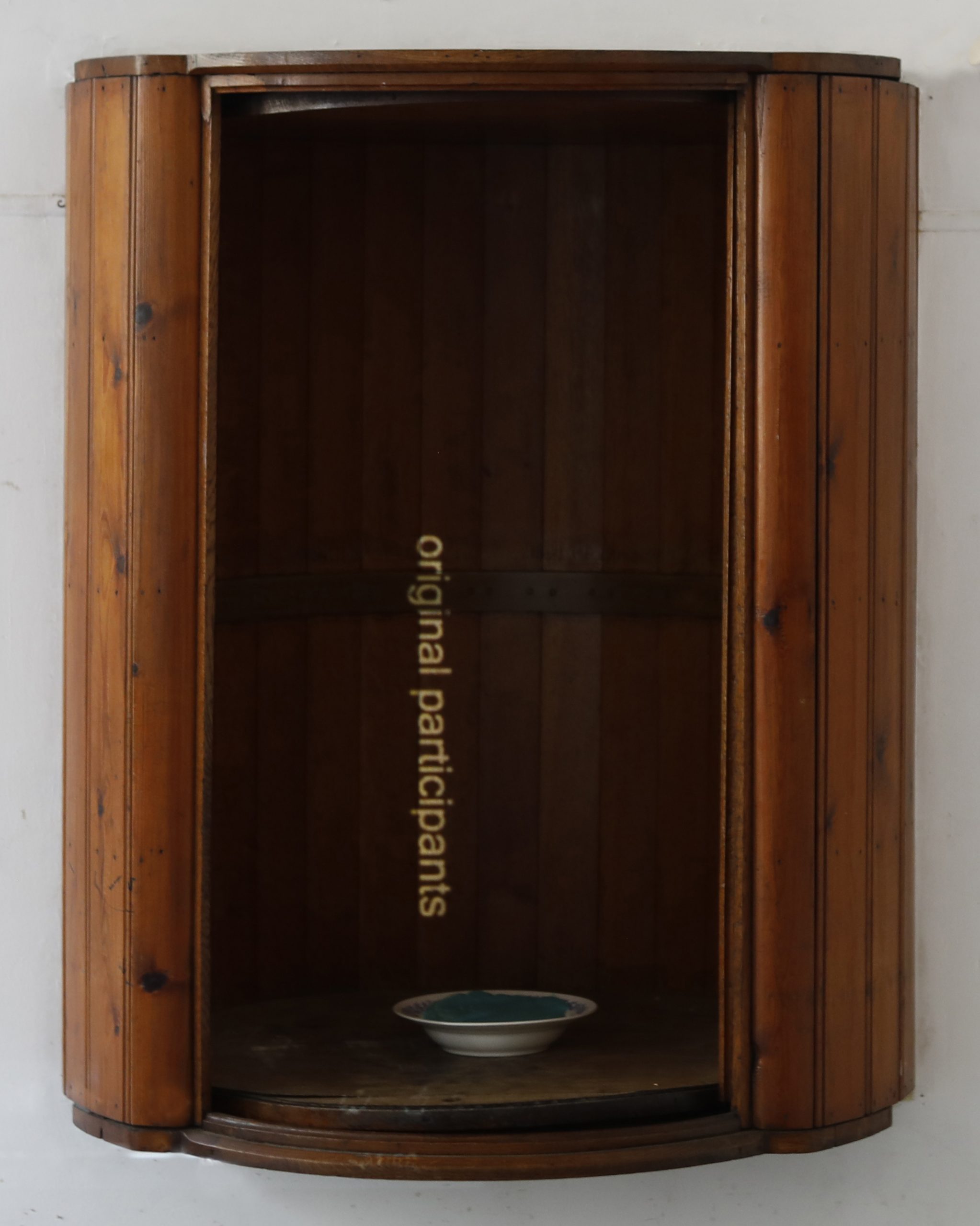 There is also a video on the other side of the baby hatch which exhibits the pouring of the slime in a plate. It can be categorized among the oddly satisfying videos with an ASMR voice over explaining the concept of zero-knowledge proof which is in essence a method by which one party (the prover) can prove to another party (the verifier) that they know a value x, without conveying any information apart from the fact that they know the value x. Within the video, there are intervals of interrupting the ongoing pouring of the slime with words in order to create an alienation effect in the observer so as to stop their immersion in the pleasure-seeking phase to deconstruct the meaning of pleasure in this object in the exhibition. A pleasure which is very much representative of the modern human’s existential experience in a post-factual mediacentric community; a pleasure which is not supposed to take an ending form because if it does, it creates an anxious condition in the viewer or player which creates meaninglessness. Therefore, it is only deemed to be an object which creates a cycle of anticipation and pleasure from satisfying that anticipation. A self-caused pain to be relieved only to be suffered from again. A reciprocity which is, in essence, defining one based on the other and confusing one with the other.